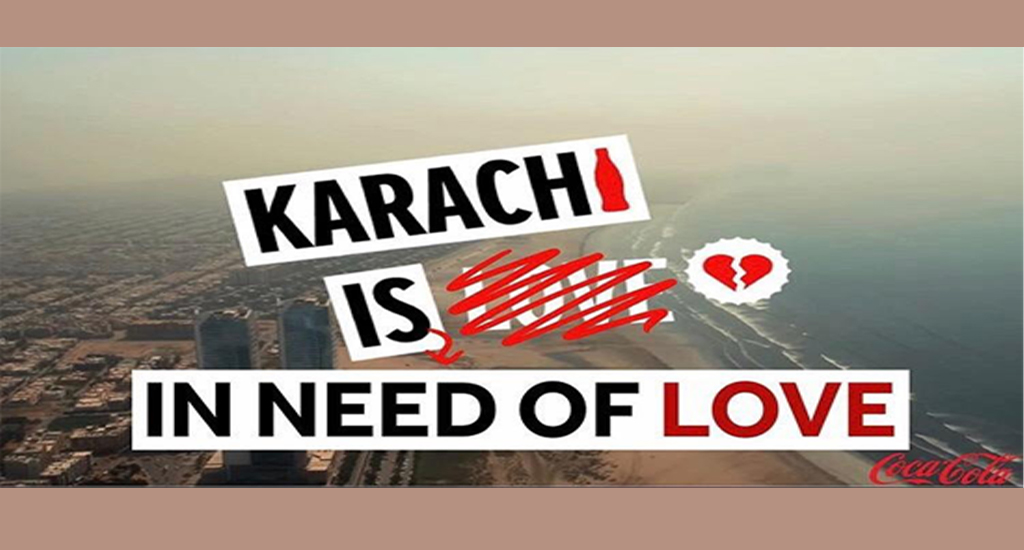 Romanticising Karachi: A conundrum at best, ignorance at worst

What happens when you pick a very good source for your marketing campaign at a very bad time? Exactly what happened with Coca Cola or rather is happening, as people are still showing their feelings about the “Karachi is Love” Campaign. 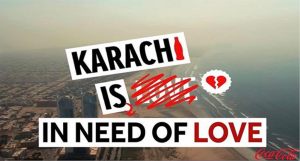 The new Ad is all over the city, from billboards, advertisement trucks with neon red and white lights and cars to smaller Ads in the middle of all our YouTube videos. Not to forget all the social media shares that are mostly coming from people that comfortably reside over the middle class benchmark of the Karachi majority or the diaspora spread all over the world.

It might be easy to forget what and how much is wrong with this city, but with the notable and quite frankly, traumatic urban flooding, several rape cases reported and PIA plane crash, all happening less than 6 months ago, the wounds were still too fresh to brush it all under the rug, very unlike the Karachi way, where the people are so used to the injustices they take less than a few hours in a regular business day to mourn and grieve over whatever calamity has occurred and keep going.

From a film and art point of view, there’s nothing wrong with how they’ve tried to portray the city. I myself have fallen victim to the romanticism that more often than not surrounds it, losing myself in a Kamila Shamsie book, never been a problem. A state of longing and nostalgia is not necessarily bad, as long as you realize and recognize the faults of the thing you’re ‘hyping up’.

In a very beautifully produced video by the legendary Ali Hamza of Noori the band, Coke incorporated the poster image of Karachi with a mention of chai, cricket, samandar and apne log. Which is all really heart-warming until you realize that’s not all it really is anymore. They do a show of unity by mentioning different cultures and religions together, but that is not the complete reality of this city now. Do people from different religious backgrounds live here in harmony and respect anymore? Only recently we’ve had mass Anti-Shia rallies by the Sunni extremist organization called ‘Sipah-e-Sahaba Pakistan’ that have been reported by globally renowned news forums such as The Guardian. And that’s without even digging deeper into the issues minorities face here,  that’s not just a Karachi issue, it’s a Pakistan issue.

The damage caused by the August 2020 rains in the city have been disastrous and there’s no one person or entity to blame. Karachi has long since been nobody’s when looking for accountability, and everybody’s when you want to attach the nostalgic appeal to the city. The record breaking 484mm of rain, more than 10 times the monthly average, destroyed houses, livelihoods, and infrastructure around the city. Poor governance, failing sewage system, and inherently corrupt institutions all makeup for the consequences that the rich and poor faced alike in this downpour. An emotion that is wonderfully penned in this article titled “Karachi – A city nobody owns.”

The act of focusing on the pros of your city in the end might have been the only way to see things for people here for the longest of time, but the continuous neglect, ignorance of authorities, and the choking pile of problems that keep rising, all have the people here frustrated with rage and bitterness to take it all silently anymore.

Regardless of what the intention behind making the Ad is, the reviews and reactions by the audience have been mixed with some needing a reminder of how this city is still indeed the city of lights and the others, the ones like me that have had enough of concealing this city’s faults and pretending to go about their day as if we’re living in a utopia that requires no change, no progress, and no reform whatsoever, who want things to stop being as they are, who are asking for change, demanding it and refusing to ride the ignorance train.

Does criticizing and bringing to light whatever is wrong with the place your entire livelihood is based and depended on, wrong? Does it mean you do not have the same love and longing for this city as anyone else residing here does? The answers to these questions are easy, but they too differ from person to point of view. The one thing that all of us can agree on is this: Karachi needs help, it needs systematic and operational change and it needs that now.